As we distribute and supply Kerosene / Heating Oil we thought it would be interesting to all of our customers if we put together a page to tell you exactly what Kerosene is, where it’s used and some brief history amongst some other pieces of info!

What is Kerosene / Heating Oil?

Kerosene is an oil, often called paraffin oil or heating oil that is used to power and fuel both industrial / commercial engines and machinery as well as powering domestic heating systems. Kerosene Oil is the UK’s most common form of fuel oil for properties reliant on oil for heating their homes.

It is a generally a clear and thin liquid with a density of around 0.81 g/mc³.

Where does Kerosene come from?

At its source, today’s Heating Oil is produced from the distillation of petroleum. This is done at a high temperature as between 150 and 275 degrees – this is when we start to break down the petroleum into separate components with the lighter hydrocarbons rising and the higher boiling point components are left at the bottom.

Within this temperature window is the point where Kerosene is collected through distillation and so accuracy during this process is immensely important.

Once extracted it is sold to distributors like ourselves who are then able to supply it to homes and businesses. We cover the North West of England focusing predominantly on Rochdale, Oldham, all of Greater Manchester, Lancashire, and Merseyside and over the Pennines into Calderdale and Kirklees.

If you need supplies of Kerosene in any of these areas then feel free to call us on the number at the top of the page.

The History of Kerosene

The production of Kerosene Oil has been in motion since 1846. Prior to the invention of electricity, Kerosene was the planet’s main way of heating and lighting up the world. The first company to distribute it to both industry and homes was called ‘Kerosene Gaslight Company’ established back in 1851. Kerosene stood as our most important refinery product until Gas grew in popularity and availability in the 1920’s.

What is Kerosene Used For?

The heating oil can be used in a number of different pieces of engineering. From the use in oil lamps to oil heaters in your home, kerosene is a diverse fuel that can power the smallest to the most vast of machinery such as the jet engine.

Is Kerosene Safe for My Home?

In a single word… yes. The Heating Oil burns very cleanly and it has a low carbon monoxide risk as well as not being able to explode and cause a fire due to the lack of fuel vapour. Not only this but heating oil systems won’t output any dirt, soot or odours into the home if they’re installed in the correct way.

You may have seen Kerosene spelt in a couple of different ways, the other being ‘Kerosine’. Many ask what the difference is, well let us tell you that there is absolutely no difference in the two. It is understood that the USA originally used the Kerosine spelling where as the British used Kerosene or Paraffin. You may also hear the term ‘Coal Oil’ when talking about Kerosene – this is a term that stems from when Kerosene was mainly produced from Coal.

Despite many homes being plumbed in to the national grid for supply of gas, there are still a large number of homes that depend on their supply of heating oil to heat their homes. Although this seems like an old fashioned source of energy, if we look into it, it’s actually a very efficient way of heating and with the price of kerosine at an almost four year low, it makes sense to be heating your home with kerosene in today’s era.

It is estimated that the efficiency of kerosene is up at around 90% and in some cases it can be in excess of this figure. Compared to gas at 77% efficiency and electric at an abysmal 31% efficiency, you can see just why so many of us are using heating oil.

If you would like more information about Kerosene before placing an order, or would like a quote. Call our friendly team today on 0800 917 7493 to learn more.

Call us to place an order

Simply the best service you will find with our phones manned 24/7 to ensure that our customers’ needs are met every time. 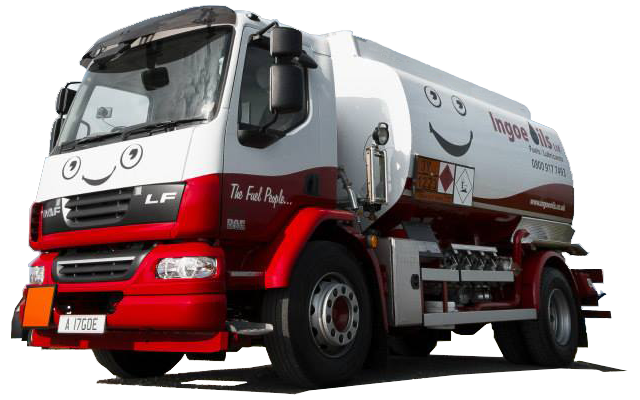